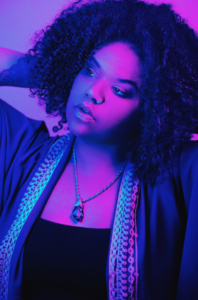 You can’t be all things to everyone, can you?

Amid death threats from business owners in Lake Tahoe about her color, die-ins in downtown Reno, being a brilliant singer and a general bad ass, Lily Baran spent a few minutes meeting, eating dinner and talking about what’s going on in her world.

Not only is Lily a talented jazz singer/vocal coach/teacher/dancer/activist, hell of a list of accomplishments, she’s also a dear friend and one I’d do anything for. If she’s willing to put her neck on the line for the community at large, we should ALL back her with some of that vigor.

*EDIT* Lily and I recorded this before this happened. So she’s had a few other things happen along the way… We’ll get to those at a later date!

What do the following cities have in common?

Any guesses? They are all cities that have a lower rate of police killings per population (data from Jan ’13 – Dec ’19)

I’m not saying these to sway you one way or another, they’re facts based on reported stats. Here are the definitions of types of police cases as reported by MappingPoliceViolence.org:

Police Killing: A case where a person dies as a result of being shot, beaten, restrained, intentionally hit by a police vehicle, pepper sprayed, tasered, or otherwise harmed by police officers, whether on-duty or off-duty.A person was coded as Unarmed/Did Not Have a Weapon in the database if they were one or more of the following:

A person was coded as having a Vehicle as a weapon if they were one or more of the following:

A person was coded as Allegedly Armed in the database if they:

MappingPoliceViolence.org also shows that black people are killed at 17.6 times the rate of white people by Reno Police.

The CATO Institute has amazing data on Spending on Police departments on a state by state basis.

We all believe that people need to be better educated to make better decisions. Whether you’re a left or right of this issue, knowledge is power, right! When it comes to spending on students, Nevada is towards the bottom. We’re supposed to have Mining dollars and Marijuana dollars helping fund kids. At least that’s what we were sold.

As always, contact us if you have any questions or concerns. We support Mass Liberation Project #BlackLivesMatter PLAN and WeBuyBlack.com.

I’ll let Lily talk about the ins-and-outs of what she’s doing.